This morning I watched an interesting documentary on Abraham Lincoln and some of the lesser publicised sides of his rise to the presidency (lesser publicised at least to a bloke from Yorkshire).

During the Lincoln-Douglas debates of 1858, Lincoln spoke against accusations of being an abolitionist which was quite surprising as he is known as The Great Emancipator and regarded as a hero for abolishing slavery.

The documentary makers displayed some key quotes in way which I found quite striking. Overlaying the quotes on a familiar image of Lincoln communicates his view on race at the time in a rather condemning way as the words are literally written all over his face. 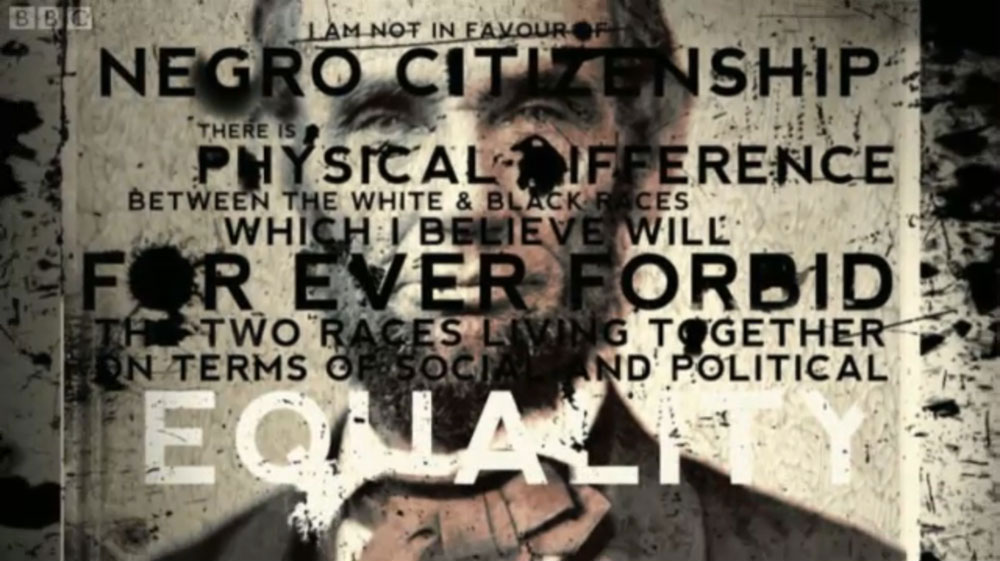 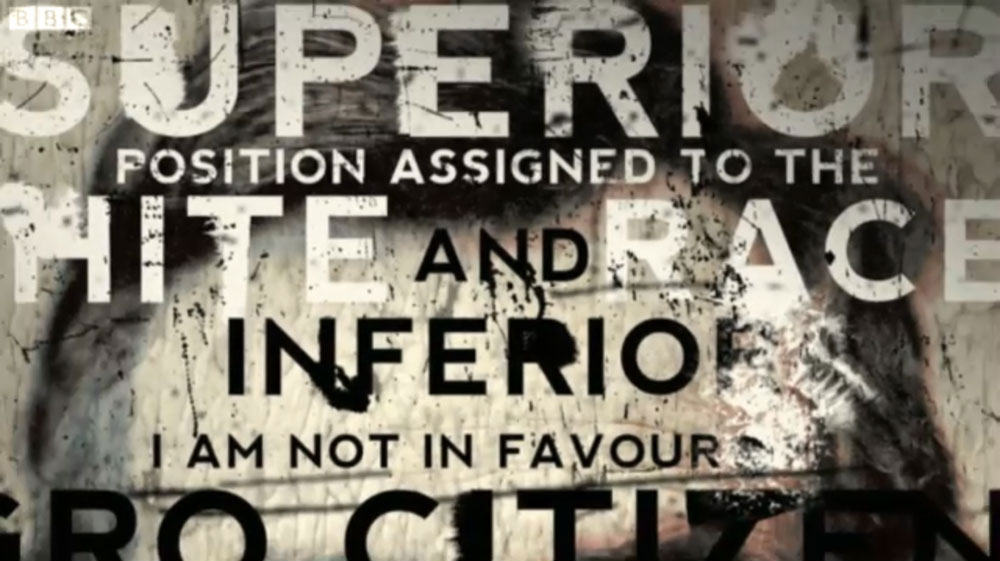 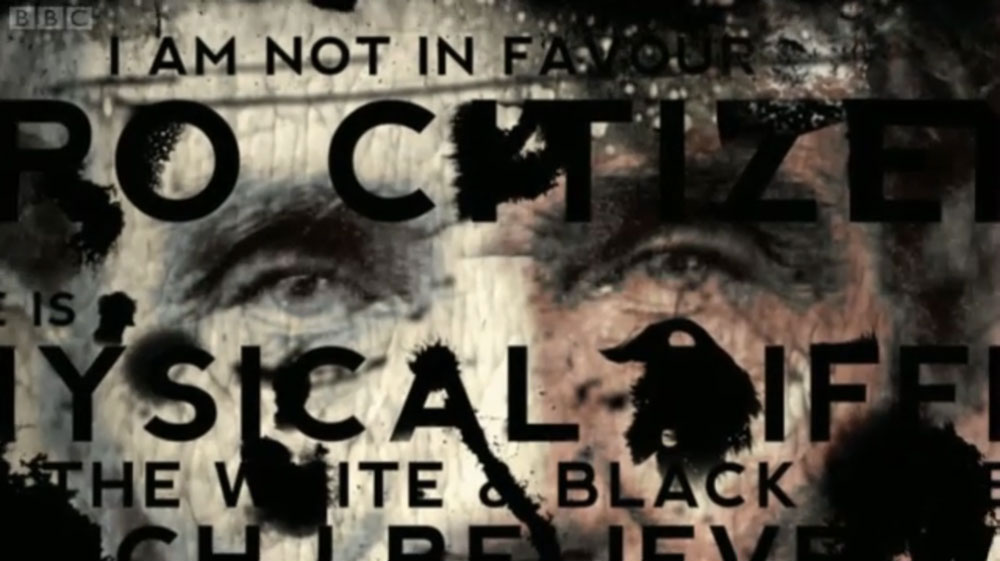 I thought it put across the message in a very interesting way. The documentary is well worth a watch to see how from this point he came to issue the Emancipation Proclamation.