Last Summer I switched my old iPhone 4S for a Nexus 4. I'd had a Nexus 7 for some months by that point so I was familiar with Android and going by my expreience with the tablet, felt comfortable that the Nexus 4 would be a good fit.

The first few months went pretty well. The phone worked well (with the exception of the camera, will get to that) and the interface was great. I was pretty convinced that I wouldn't go back to iOS again and even began recommending the Nexus 4 (and 5) to others. Then things started to happen...

It's not an exaggeration when I say that in the last 10 or so months, the device itself as well as many, many apps have crashed more times than all of my past iPhones put together.

The guys at work have experienced similar issues and are a little more forgiving than I am. But when it comes to smartphones, I sit on the consumer side of the fence. I expect a smartphone to last at least a year before things wear and use begin to take it's toll.

The camera. Is. Crap.

I could just leave it at that but a bit of detail wouldn't hurt.

My iPhone was my primary camera, the one I always had with me, so the Nexus 4 had a lot to live up to.

After a few tests (in broad daylight), I felt it was going to be an OK piece of kit. I then tried it in low light and was disappointed to see the results were less than ideal.

I then tried taking some action shots. (sigh) The responsiveness of the camera (or the camera app) is terrible. Touchscreens can get away with milliseconds of lag when a finger interacts with it without it being obvious, but with a camera app it becomes blindingly obvious.

I can't tell you how many decisive moments I've missed in the last 10 months because of this lag. I honestly don't even bother trying anymore.

The only positive thing I can say is that when light conditions are good and the subject is stationary, it can produce a shot I'm happy with. 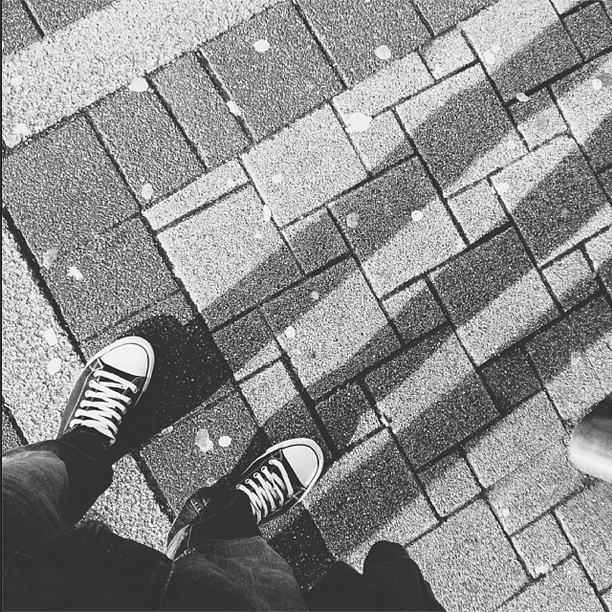 I gave Android a shot. I broke away from my default phone buying decision to see what else was out there but ultimately, I regret doing so. These points may well be a bit picky, but to me, these are little annoyances (often occuring daily or weekly) in my life I could do without.

While Apple's software is closed, apps are subject to a rigorous approval process and it's hardware is very expensive, the benefits are clearer now than they were before.

By being closed, they keep a tight grip on the overall experience. It gets out of the way allowing you to do what you need to. For me, that's using a phone with minimal interuptions from the device and a camera that responds when I need it to.